The Name Aijou-ryu in Chinese/Japanese on a Personalized Wall Scroll.

Click the "Customize" button next to your name below to start your personalized aijou-ryu calligraphy artwork...

This is the title Aijō-Ryū, Aijou-Ryu or Aijou-Ryuu meaning “style of love and affection” or “flow of love” in Japanese.

武士流柔術 is a special title added for a customer's specific school/style of Jujutsu.

Please only order this if you are a member/practitioner of this style.

I will leave it up to you whether this is of Japanese or Okinawan style. The title certainly suggests roots traced back to China. 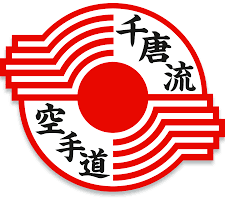 If you are looking for the Chito-Ryu logo printed on a handmade wall scroll, please contact me.

I love to do projects like this, and my price is very reasonable.

The printing and wall scroll building can be under $60 for a medium-sized scroll.

The most famous student of Daitō-ryū Aiki-jūjutsu is Morihei Ueshiba who later founded the school or branch of martial arts known as Aikido.

This can also be pronounced Hidenobu-ryu. The direct meaning is something like, hero faith school (or school of heroic faith).

剛柔流 is the title of the Goju-Ryu or Gōjū-Ryū school/style of Karate or Japanese martial arts.

剛柔流空手道 is the title of the Goju-Ryu Karate-Do school of martial arts.

八光流 (Hakkō-Ryū) is a style of jujutsu associated with Daito-Ryu.

The title Hakko-Ryu comes from the Japanese phrase which translates as “The Style of the Eighth Light,” or more literally, “Eighth Light Style.”

The 光 character is associated with brightness or brilliance. It can be used to describe someone of great talent or potential. So the meaning goes far beyond just light.

It literally means “One Heart Association” or “Single-Heart Club.” This title is often associated with Isshin-Ryu Aikido and Isshin-Ryu Karate-Do. This title is appropriate for the name of a dojo that teaches these styles.

一心流 is the title for Isshin-Ryu Karate.

The literal meaning is “one heart method.” You could also translate it as “unified hearts methods.” It implies people doing things as if with one heart and mind.
The second Kanji can be defined as the heart, mind, or essence of your being. Clearly, there's a multitude of ways you can define this title in English.

一心流空手道 is the full title for Isshin-Ryu Karate-Do.

The literal meaning is “one heart method empty hand way.”

There are other ways to translate this, but if you are looking for this title, you already know that.

This would make a great wall scroll for your dojo or private studio if you study this form of Japanese (technically from Okinawa) Karate.

Because this is a specifically-Japanese title, I strongly recommend that you select our Japanese Master Calligrapher to create this artwork.

鬆林流空手道 is the Japanese title for the Matsubayashi-Ryu Karate-Do school of martial arts.

Notes:
1. 松林流 can be pronounced Matsubayashi-Ryū or Shōrin-Ryū. This can be confusing as Shōrin can also represent 少林 which refers to the Shaolin (little forest) style.
2. 松 can also be written in the traditional form of 鬆.

In modern Japanese, the second and fourth Kanji are different making them 無双直伝英信流.

新陰流 is the title for “Shinkage-Ryu,” and the style of Japanese fencing or sword fighting.

Note that while this title can be pronounced in Chinese, it only makes complete sense in Japanese.

Note that while this title can be pronounced in Chinese, it only makes complete sense in Japanese.

Though the first part of the title comes from the Shaolin temple in China. In Japan, this refers to an Okinawa school of karate.

Note: Sometimes, this title is written without the “ji” or “temple” Kanji.

Though the first part of the title comes from the Shaolin (small forest) monks of China.
In Japan, this refers to the Okinawa School of Karate.

Note that often in Japanese, the first Kanji of this title was changed to the version shown to the right. If you prefer this version, please click on the Kanji to the right instead of the button above.

The third character means style, method, or some will translate it as a school.

Please note, there is more than one martial arts school that romanizes as Shoshin-Ryu.

The third character means style, method, or some will translate it as a school.

Please note, there is more than one martial arts school that romanizes as Shoshin-Ryu.

This is a style or school of karate.

首里流 is the title of Shuri-Ryu, a style of Karate established in the mid-1900s by Robert Trias in Arizona.

Taidō (The Way of the Body) is a style of Karate practiced in Japan and popular worldwide.

The first character 躰 is a variant of the original Chinese character 體. In modern Japan, they tend to use 体, a more simple character form. 体 is also the modern Simplified Chinese form of 體.
The 躰 character is correct for this 躰道 martial arts title. But it can be confusing with so many variants out there, not to mention other homophonic Japanese words that also romanize as Taidō or Taidou.

To have a bit more fun with this 躰 character, it has a 身 radical on the left, which sets it apart. The meaning doubles up on the “body” as 身 (shin) is a character that also means body in Japanese and Chinese. On the right is 本, which often means root, stem, origin, source, or fundamental (but can also mean “book” in some contexts). This has deviated from the original 體 which was 骨 (bone) + 豊 (vessel). Hence, the body was your “bone vessel” in ancient Asia.

The meaning of 躰, as well as 體 and 体, is usually translated as the body. When related to the physical body, it can also refer to the torso, trunk, build, physique, or the constitution of a person. As an extension of this, it can also refer to someone's health (good body = good health).
However, depending on the context, it can encompass other meanings such as form, style, system, experience, aspect, corpus, corporeal, substance, or essentials.

The second character, 道, is recognized and well-known as the “Way” and is the same “do” as in Karate-do or Aikido.

上地流空手道 is the title of the Uechi-Ryu Karate-Do school of Okinawan martial arts.

Uechi means “higher stages of practice” in a Buddhist context.

上地流 or Uechi-Ryū is the short name for a traditional style of Okinawan karate.

Uechi-Ryū is named after its creator, Kanbun Uechi. Uechi was an Okinawan man who left at the age of 19 for China to study Chinese martial arts and medicine.

The meaning of this title is “Uechi Flow,” “Uechi Style,” or “Uechi School.” Although, the name 上地 or Uechi can mean “higher stages of practice” in the Buddhist context. Therefore, you can stretch the meaning to be “Higher-Stages-of-Practice Style.”

Wado-Kai is used as a title for styles of Karate and Aikido.

Breaking down the characters into the proper Japanese Romaji, you have “wa dou kai” or “wa dō kai.” The meaning is roughly-translated as “Harmony Way Club” or “Peace Method Association.” The first Kanji should probably be read as harmony, rather than peace in this case.

Style of Karate or Jujitsu

While some find Wado-Ryu similar to Shotokan Karate, enough differences exist in perspective and technique that it stands by itself.

Breaking down the characters into the proper Japanese Romaji, you have “wa dou ryuu” or “wa dō ryū.” The meaning is roughly-translated as “Harmony Way Style” or “Peace Method Style.” The first Kanji should probably be read as harmony rather than peace in this case.

完全剛柔流 is the title of the “Kanzen Goju-Ryu” or “Kanzen Gōjū-Ryū” school of Japanese martial arts.

Shōrei-ryū means “the style of inspiration.”

天道流 is the martial arts title Tendo-ryu or Tendō-ryū in Japanese Kanji. The meaning is “Heaven Way Style” or “Sky Way Method.”

香取神道流 is the Japanese Kanji for the Katori Shintō-ryū martial arts.

There is more than one version of Shorin-Ryu and Shobukan, so make sure the characters here match the ones used at your dojo.

This is usually used in the context of jōdō, a traditional school of the Japanese martial art of jōjutsu (the art of wielding the short staff).

This in-stock artwork might be what you are looking for, and ships right away...

The following table may be helpful for those studying Chinese or Japanese...